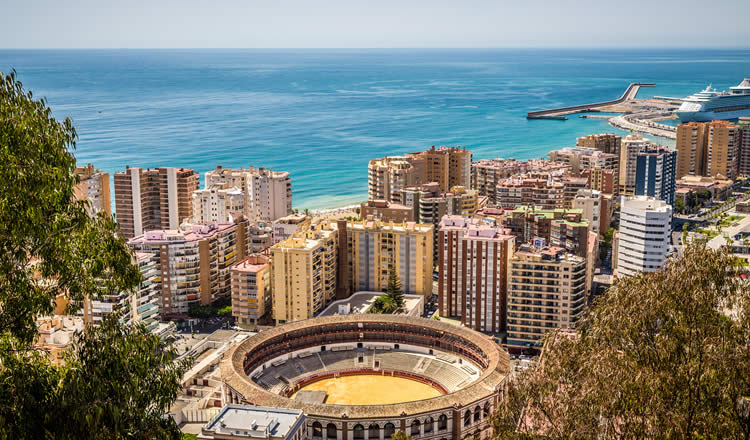 Málaga has always been a fantastic city, and with the redevelopment of the centre, port plus the addition of Museums and Antonio Banderas newly opened theatre, Málaga is converting itself into a magnificent city that offers gastronomy, architecture as well as art and culture, a great short stay destination.

The increase in tourists over the last 10 years has been massive, aided by the Cruise liners using Málaga as a base. The second runaway and new Terminal at the airport have allowed the airport to increase its capacity. This is all great news for Málaga, improved infrastructure as well as better cultural offering.

Hotel Investors have taken note, and currently, there are over 40 hotel projects either in construction or in the planning stage which equates to over 4000 new hotel bedrooms being created over the next 2-3 years. Again this is great news for the City where current hotels enjoy high all year round occupancy with improving REVPAR rates.

There is though a negative which is that International hotel chains such as Marriott, IHG, Hilton etc have very limited presence in the city. This is important as they provide greater visibility to the city as a truly international destination, have a far bigger client base to market too especially now that Málaga has direct flights to and from the US where American travellers can take advantage of their loyalty programs. It also helps the other hotels to maintain and increase rates as international chains are more dynamic with the Revenue management techniques.

For hotels already open in Málaga the next few years will determine their very survival as owners who do not adjust the new market place will be fighting to stay alive over the mid to long term.

To avoid this scenario Independent Hoteliers should be planning now for the increase in hotel supply. Up until now, hoteliers have had it relatively easy, the increase in all-year-round tourism has allowed them to increase their rates whilst running at an average of 85-90% occupancy. Majority of hotels in the city are highly dependent on booking.com (Over 90% of online bookings) with basic or little revenue management strategies in place. Furthermore, little or no investment has been placed to improve their web presence or diversify their business segmentation to minimize their dependency on booking and Expedia. Regional hotel chains will also feel the pressure for the very same reasons, this is not exclusive to independent hotels. They have all benefited from an increase in demand and the local government’s great work in improving the infrastructure, cultural offering and focus in attracting technology companies to the area.

So what should hotel owners be doing?

Proactivity is the keyword, revamp your offering, diversify your segmentation of business, revamp your online presence, improve your reviews, build a marketing database to retarget and lower your dependency on the OTA’s.

I was based out of Valencia in 2006 when a whole new wave of hotels (more than 2,500 new rooms) was built to account for the Americas Cup and F1 being hosted in the City. From experience, preparation was a key factor in positioning the hotel to maintain occupancy and rates. We worked on building new corporate agreements through local negotiation as well as an aggressive strategy on RFP´s. We created unique packages which took advantage of our location in the city centre as well as adding new soft furnishing details to all rooms to add warmth. We commissioned new photos, built an extensive marketing database to retain clients. All of this was done an in place before any new hotel opened its door for the first time. By preparing correctly, we maintained our key metrics where our competitors who did not plan dropped by over 15%.

The time for hoteliers in Málaga to respond to the changes in the market is now.  Remember when Thomas Cook went bankrupt, the writing was on the wall 3 years before.