It’s great to hope, but that does not keep you afloat. 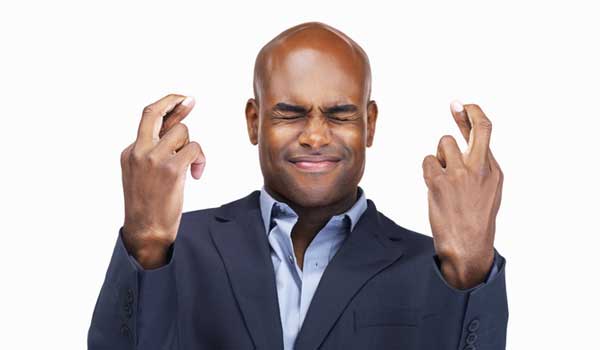 As we are coming to the end of the summer season, this period has been without a doubt the most traumatic for hoteliers in recent memory. The initial optimism during May & June that even with reduced reservations, hotels thought they could recoup some of their losses to go into an uncertain winter with a likely second wave, has been dashed. The 14 day Quarantine period that the UK reimposed on Spain, as well as the increased restrictions by Germany, had dramatic consequences. Hotels reported a rebound in cancellations for the rest of the year and into 2021. The panorama that now awaits is of mass hotel closures both temporary and permanent. Numerous owners will use Administration as a way to protect their assets as well as the fusion of hotel chains looking to reduce their costs structure, quite apart from the forecasted reduction in staff.

However, wasn’t this entirely predictable?

As we laid out in a previous article during the lockdown which generated a lot of debate at the time, our essential point was that hotel owners and directors have to be even more radical in the reorganisation of their hotel if they have any chance of surviving. The first being to try and make their hotel profitable on low occupancy levels or consider closing until the market starts to recover. However, this was not applied by all. The Director of the Kempinski Hotel in Estepona for example, who appeared on television earlier this year, said that he was confident in expecting a busy summer with high occupancy rates. I would have loved for that to be the case, but I had also managed hotels though times when there was instability in the market, and I am well aware that is always better to plan for the worse and hope for the best. It was entirely predictable that this summer was going dire in terms of occupancy. It’s great to hope, but that does not keep you afloat.

The new normal is where 30% occupancy will be typical until Covid-19 has past or a vaccine had been discovered and widely available, especially in Spain where hotels in general here are so dependent on international tourism. Marriott has recently confirmed this in recent press reports saying that the average occupancy across their hotels globally is 30%. This is important as in the majority of their hotels, 30%  is also their break-even point.

Being based in the Costa del Sol as well as the UK, we have seen first hand through our clients and contacts the tough decisions that need to be made, with many viewing the best option is to close until next year. Hotel Chains that rent their hotels will have tough choices to make, and it is highly likely that well-known brands will disappear or be swallowed up by larger international chains. What is expected is that the hotel market in 5 years will look nothing like the one we have today.

Associations instead of implementing COVID free or COVID secure stickers which were ineffectual on increasing demand should be fighting instead, with one voice to the regional and national governments for help and support to stimulate domestic demand. They should also support providing hoteliers tax relief and other measures to give them every chance to survive. The real impact of this crisis is yet to be felt. Furloughs that many chains here in Spain are asking governments to extend at least to the end of the year is masking the real extent of the crisis. However prolonged furloughs last, as we have seen in the airline industry, at least 30-40% staff reduction will be the norm for most hotel owners and chains. Leading players in our industry, as well as Hotelient, have been predicting for months that the effects of this crisis will last for several years. We have been right so far, and based on our decades of experience, we can confidently see how this self-inflicted disaster plays out.

During the last few months, we are seeing the steady increase of hotel owners deciding to put their assets up for sale. Many of them were debt-laden, loss-making properties even before the crisis hit. There is still a lack of realism when it comes to the valuation of these assets with most asking for between 2x to 5x its current actual value based on financial performance pre-COVID. This will change as the pressure mounts. A recent report stated that Mallorca, where they are having to weather the combined storms of the Thomas Cook bankruptcy as well as the COVID crisis, forecast acquisitions prices to be around 50% lower than current asking prices. When Jordi Mestre of Gremio de Hoteles de Barcelona recently stated also that many hotels would end up in Administration and/or be purchased by Investment Funds, he is correct in his analysis. Spanish hotels have always been an attractive option for Investment Funds such as ourselves and news of the completion of hotel purchases will be plentiful once the market has adjusted to the new reality.

There have also been several articles on the need for hotels to embrace technology to reduce staff and increase profitability moving forward. This is correct and is central in any acquisition or majority investment we make though our investment fund. However, for many hotels that are looking to survive right now, it is not a practical option in short to mid-term, although some of the larger chains will speed up this transition which they already started a few years ago.

On a brighter note, there is every indication that once this virus has passed and it will, the desire of tourists to revisit Spain will still be strong and will be followed by conventions and business travel. Hoteliers, although too reactive sometimes, are like chameleons. Our ability to change to evolve to guest needs and requirements is the one attribute that will ensure our survival and growth once COVID retreats by the end of 2021. In the meantime, focus on optimising your business processes, create multi-faceted employees and create a plan to automate guest services with technology.